Eddie Jones has been linked with another international job but says next year’s World Cup may come too soon; Former England coach: “It was pretty all encompassing the last three years, so I think I’ll take a bit of a breath now.”

Eddie Jones says it will be difficult for him to be coaching a team at next year’s Rugby World Cup and that he is planning to take “a bit of a breath” after being sacked by England.

Jones was dismissed after England won only five of their 12 Tests this year and was replaced by former captain Steve Borthwick.

Earlier this week Jones said he still had much to offer the game to step away, but the Australian thinks the September 8-October 28 World Cup in France might be too soon for him – unless he gets an offer he cannot refuse.

“Coaching at the next World Cup will be difficult,” Jones told the Sydney Morning Herald in an interview published on Friday.

“If someone comes forward and the offer’s too good to refuse then I’ll look at it, but I think it’s getting too close to the starting point of the World Cup, so I’m not too bothered one way or another.”

Please use Chrome browser for a more accessible video player

A collection of Eddie Jones’ most memorable interviews while head coach of the England rugby team.

A collection of Eddie Jones’ most memorable interviews while head coach of the England rugby team.

“We coached together for nine years. I brought him into coaching with Japan and he’s a fantastic assistant coach,” Jones said.

“The difficult thing for him is he’s still quite young. He’s 41.

“But he’s quite mature. The test will be when the pressure gets on, when the media starts coming at him, maybe the support at the top starts to waver a little bit. How he can hold his nerve. But he’s a good man.”

Hansen questions Jones sacking | ‘He’s been their most successful coach’

“It was pretty surprising that they would replace him now, when all along Eddie’s been saying, ‘look, this is what we’re building for’,” said Hansen, who was speaking to Ticketmaster. 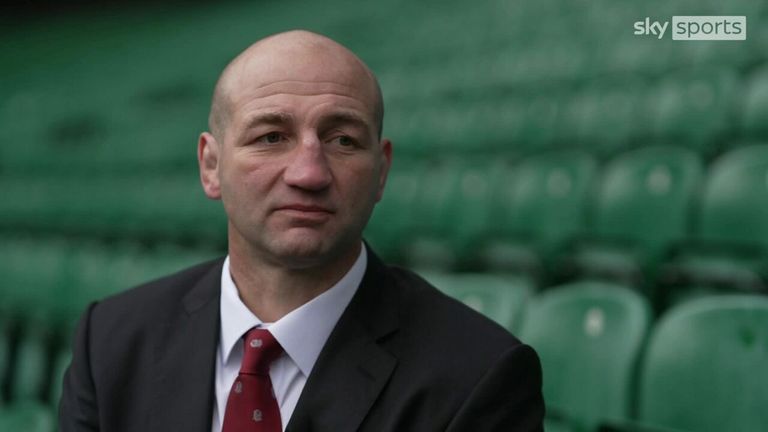 Please use Chrome browser for a more accessible video player

England head coach Steve Borthwick discusses the importance of making every minute count in his new role and just how he can improve the squad ahead of the 2023 Six Nations.

England head coach Steve Borthwick discusses the importance of making every minute count in his new role and just how he can improve the squad ahead of the 2023 Six Nations.

“He’s been their most successful coach in history. Some might say that Clive [Woodward] is because he won a World Cup – however the record speaks for itself, doesn’t it?

“I know Eddie had a big focus on the World Cup and that’s probably what in the end cost him, because he didn’t have such a good autumn and people were frustrated by that.

“But obviously, it’s their business and they’ve got to do what they think is right. Eddie’s moved on, so the rest of us can too.”

Brittany Sloan is a writer who covers news in the worlds of education, sports, and tech. She's also an avid runner and enjoys taking her dog for walks around her neighborhood.